Our book and DVD have been purchased in over seventy countries. 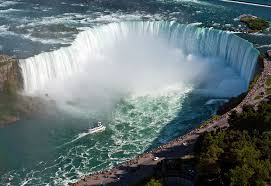 In 1985, once we had a grasp of the vast implications of what we were teaching, we set our sights on the big picture. What if we could convince instructors that water safety and drowning prevention require far less effort than traditional swimming lessons, and completely different messaging? The global drowning rate could plummet precipitously.

This task compares to swimming up Niagara Falls.

We began with some success in the United Kingdom. Five instructors trained and became Miracle Swimming Licensees. One of them, Andie Andrews, became a loud voice for the gentle approach, writing numerous articles in the national publication, Swimming Times, that influenced teachers and training programs. She has presented her message at the Life Saving Foundation of Ireland’s Drowning Prevention & Rescue Conferences in Dublin in 2014, 2016 and 2018 to acclaim, as well as at the International Life Saving Federation World Conference on Drowning Prevention in Durban, South Africa. She is gaining traction.

The 5 U.K. instructors found that the local pools where they wished to teach Miracle Swimming all gave a similar response: “We already teach that.” Though the Licensees and their Letter of Introduction explained how Miracle Swimming is another kind of teaching altogether that would feed clients into their existing programs, the facts were not believed. It seems that agencies believe us only when they experience our work in person. The situation is the same in the United States.

Shreveport, Louisiana
In 2010, 5 teens drowned at a family picnic in Shreveport, Louisiana. They were standing on a ledge in the water and one jumped or fell off, not knowing it was a ledge. As he began to struggle, another jumped off to save him. One by one all tried to save the others. One by one, each drowned. The parents watching from shore were helpless. They couldn’t swim, either.

Immediately, Miracle Swimming developed a 50-year plan to teach all 250,000 residents of Shreveport to swim. Two weeks later, it was submitted to each member of the Shreveport City Council. In a week, we heard from one member of the Council. It was a polite thank you. There was no further response, including after follow-up. 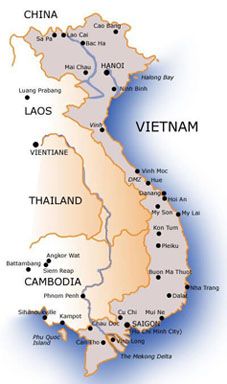 United Nations
In 2018 on World Water Safety Day, the United Nations put out a call to all nations to end drowning. Six countries with particularly devastating drowning statistics signed the letter: Bangladesh, Fiji, Ireland, Tanzania, Thailand, and Viet Nam. The World Health Organization had declared drowning as an epidemic in 2014.

Miracle Swimming responded by developing a proposal for a 12-month all-inclusive training plan with a budget for each of the six countries. The design of the plan was to train 12 instructors and 2 trainers in each country so that each country would become self-sustaining. Budgets were based on each country’s economy. The proposals were submitted to each nation’s delegation to the United Nations. Special attention was paid to Ireland since Miracle Swimming had an upcoming course in Dublin.

Australia and Ireland
Miracle Swimming Instructor trainings and courses have been offered in Cairns and Dublin. Swimming instructors have not responded.

South Africa
In 2004, the South African Police Force contacted Miracle Swimming (was it actually SAPS?) requesting a proposal to train the police force in water safety. Though we had the resources to provide the training, we did not have the resources to stop all other work and dedicate two weeks to creating a detailed proposal. We asked for funding for that process but it did not come through.

Together, we can end drowning worldwide. If you wish to help us spread Miracle Swimming, please contact us via our Contact form. Read Conquer Your Fear of Water  to understand what Miracle Swimming teaches.