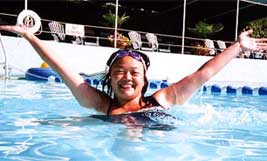 A parent gives messages about the water and swimming to his/her children during pregnancy, baths, suppertime conversations, neighborhood swimming parties, swimming lessons, in the car, family picnics, school functions, and whenever the topic arises. Can the messages be positive, correct, informed, and supportive if parents don’t know how to swim? If they’re afraid in water, themselves? Half of adults in the U.S. are afraid in water over their heads.

When the kids can swim but the parents can’t…

When kids can swim and parents can’t, only part of the family is safe in
water. Would you want a family to be supervised by a non-swimmer adult at the water?

Take the example of the six teens in Shreveport, Louisiana in 2010 who drowned one by one as their parents looked on, beside themselves in panic. Those parents thought their kids could swim because the kids said they could. The parents didn’t know what “I can swim” means: they couldn’t swim, themselves. This should have been the last time this tragedy ever happened. Steps had to be taken the next day. We volunteered. We received no response. It has happened again and again—imagine.

Parents need to know how to swim first

Kids pick up their parent’s fear. Ninety percent of our afraid-in-water students at Miracle Swimming for Adults say their parent(s) were afraid, themselves. Parents who are afraid in water need a way to learn to swim safely, comfortably, and reliably the first time they try. They need to naturally radiate and exude confidence in water to their babies and children. They need to teach by example that water and fun and safety go together.  When parents can play in water with their children, children can learn to swim within the family’s recreational activities at the family’s convenience, virtually for free.

If parents could swim, the drowning rate would drop

Eighty percent of drownings in the United States are by adults. If adults could swim, how much would that statistic drop? To zero? Currently about half of adults can’t swim (are afraid in water over their heads in a pool) according to a Gallup Poll.

If mindfulness is brought to adults to impress upon them the necessity of
being present when their kids are in the water, how would that decrease
drowning?

The opinion of aquatics leaders for a century has been that if all kids learn to swim, all adults will eventually learn to swim. That makes sense on paper but it has not panned out. We must drop this obsolete idea and focus on teaching the largest population of non-swimmers: adults. Not that kids don’t need to learn to swim: they do. Now. But let’s shift our sights to equal safety for adults, who are in charge.

When the teens in Shreveport drowned, the Swim Instruction Industry, in our opinion, should have called an emergency conference, asked what went wrong, and revamped their entire approach to water safety. But they, like the public everywhere shrugged. “What can we do? Teach kids to swim!”

We maintain that this is an error. When all the questions are asked, they lead to the parents’ inability to swim. Then they lead to traditional adult swimming lessons and the reasons adults quit them.

Why are there so few adult lessons?

There have been a few adult lessons for years. But since there are three times as many adults as kids in the U.S.,  you’d think there would be three times as many adult lessons. There aren’t. And it’s not because adults know how to swim. Nor is it that adults don’t want to know how to swim. A Gallup Poll showed that 46% of American adults were afraid in water over their heads in pools. If they’re afraid, they don’t understand the water and they’re not safe: they cannot swim.

Adult lessons have never been profitable because as an offering, they have never worked well. Large numbers of adults quit lessons for reasons this website makes clear. In addition, many instructors are afraid to teach adults: what if the students panic? What if a student is bigger than the instructor?

It seems that no one ever asked, “Why do adults quit my lessons? Could it be what I’m teaching?” Apparently, no one called the students who quit to get their feedback or to fix a teaching problem. No one questioned the value of the teaching, the lessons, or the system. No one asked students what they wanted to learn—or examined the definition of “I can swim.” Perhaps there was no need to examine these because office personnel and swim instructors didn’t need to know the correct definition of, “I can swim!” in order to keep the lights on, or put food on the table. 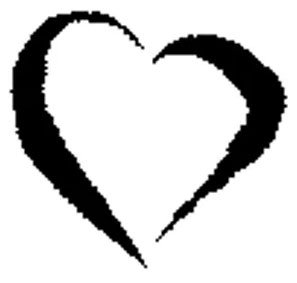 The answer to ending drowning is adults learning to swim

You may think that’s a big leap. The end of drowning will require many changes and “layers of protection.” But the biggest impact will be made by teaching adults to swim. When adults can swim, kids will receive better information and modeling around water than many do now. There will be a new understanding of, “I can swim” and how to be safe in water.

At MSSA, we hold that most drownings of adults are caused by panic. Afraid adults don’t know the water or how to remain in control in the deep.  While some panic situations would be very difficult to avoid, most adult drownings don’t occur in strange situations, but rather from mundane ones, or events that are possible to keep safe:

These are indefensible reasons to drown.

Imagine a world where virtually everyone can swim. How would life be different?

Learn to swim "toys" for adults at home! See the assistance we offer to help you overcome your fear of the water in the comfort of your living room or back yard pool.