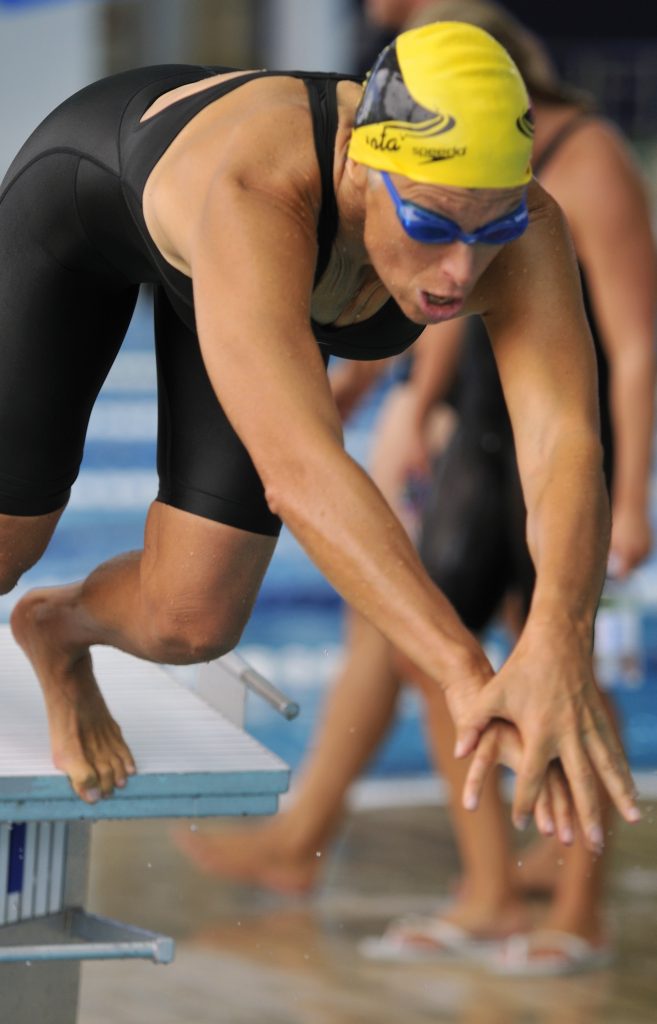 Melon is short for Mary Ellen

Melon was raised in upstate New York and has been a competitive swimmer since age 7. She received a B.S. in Exercise Science and Nutrition from the University of Massachusetts/Amherst and an M.S. in Exercise Physiology from the University of Michigan. She coached women’s and men’s swim teams at Keene State College in New Hampshire as a graduate student, and was an assistant coach of the women’s swim teams at Harvard, Michigan, and University of California/Berkeley. After thinking about it all as a chauffeur / administrative assistant for an orthopedic surgeon in Berkeley, she opened her swim school in 1983 because adults in traditional swimming lessons were afraid and they weren’t learning.

In Berkeley, she took a psychic class where she “downloaded” The 5 Circles, which clearly explains panic. Many years later, she discovered that it also explains learning. The system has never failed. Its implications are vast.
Desperate to spread the word so that fearful adults could reliably learn and instructors could learn an infallible way to teach them, she produced The Miracle Swimmer DVD in 2000; started the Conquer Fear Instructor Training in 2004; published Conquer Your Fear of Water in 2006; hosted 13 radio episodes of “The Learn to Swim Show” in 2010; and launched Swim Sarasota in 2018 to teach all adult non-swimmers in Sarasota to swim, a 50-year project. In 2020, she co-authored Conquer Your Fear of the Triathlon Swim with Miracle Swimming Licensee/ Instructor Ali Meeks. Her 2021 talk for the National Water Safety Conference posed challenges to the status quo of swimming instruction, on video here: https://youtu.be/yuJO0qA12Js
She’s spoken at World Aquatic Health Conferences, meetings of the U.S. Swim School Association, American Swimming Coaches Association, National Recreation and Parks, the National Drowning Prevention Alliance and local organizations.
She is of the conviction that:
1. Fearful adults learn to swim beautifully and joyfully on their first try when comfort is made top priority
2. The definition of “I Can Swim” must change globally to mean “comfort in deep water,” replacing the current definition: “being able to do a stroke for a short distance and get out.”
3. People are spirit first, before mind and body; teach the spirit first.
Melon held an Eastern Collegiate Championship in 100 yard butterfly in 1975, (60.7), New England collegiate records in 100 yard butterfly and 400 Freestyle Relay and national rankings as a masters swimmer in three events.
Her current goals are to finish writing three books and give a TED talk.
Her work has been featured in the New York Times several times, NPR, USA Today, Wall Street Journal, Psychology Today, San Francisco Chronicle, San Jose Mercury News, Tampa Bay Times, Sarasota Herald Tribune, Sarasota News Leader, Pelican Press, Athletic Business, Aquatics International, Recreation, Elle, Real Simple, The Today Show, TGI4 , The Suncoast View, local news stations, and numerous others. 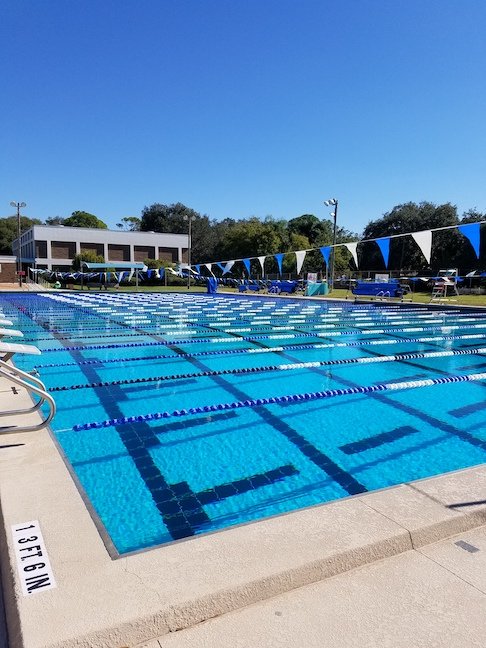 She’s always looking for a pool that’s 92 degrees, shallow and deep, with a zero depth entry or a kiddie pool onsite.

Miracle Swimming leased that pool for 3 years (right). Then, the owner wanted it back to build a school. 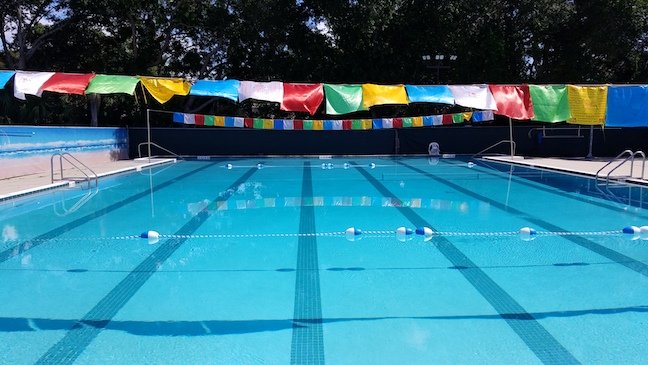 The Ship Must Be Turned

In order to teach all people to swim and to end drowning, we must define learning to swim in a way that makes each person peaceful in deep water. This has nothing to do with learning strokes. For a dose of Melon’s main passion, go to her blog.

The bottom line: all people are good even if you have to dig “way deep” to find them.

View cart “Video: The Miracle Swimmer” has been added to your cart.