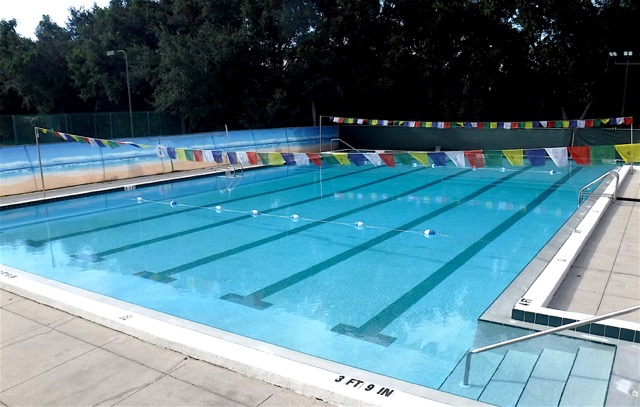 The Lifeguard Shortage: The Real Cause

Everyone has heard of pool closures this summer due to understaffed pools and the lack of lifeguards. This was not a problem thirty years ago. Only in the past ten to fifteen years have communities been feeling the lifeguard squeeze. What happened?

What is knowing how to swim? Let’s say you’re at a hotel. As you walk to the restaurant, you pass the pool where four people in the deep end are chatting and treading. When you return from your meal, they’re still in the same spot. Would you say these people can swim? You didn’t see them swimming laps.

If a family rents a houseboat for a week and spends its afternoons in the middle of a lake jumping off the boat, playing tag, lounging on a raft, knocking each other off air mattresses, diving under water to get away from each other, would you say those people could swim? Even if you didn’t see them doing strokes?

If you have a friend who swims a mile three times a week in a four-foot-deep pool, but she can’t do it in deep water because she’d panic, can she swim? She can “swim,” but she can’t swim!

There was a time not long ago—two or three decades—when knowing how to swim meant you were safe in water over your head. You might know strokes too. It was understood that if you weren’t comfortable and confident in deep water, you couldn’t swim.

In the 1980s and 90s, when swim team coaches became the most influential purveyor of swimming lessons, the main definition of “I can swim” changed from, “I’m safe in deep water” to “I can do freestyle. I can do strokes.” Their new lessons didn’t allow time to teach students that they float or how the water works with their bodies. Lessons were more concerned with teaching kids how to go fast.

Adults were taught the same lessons as those given to kids, as they had for a hundred years. This was never viable for adults who were afraid, which is half the adult population. The instructional agencies thought that the failure of adults to learn was due to students’ not practicing enough. Agencies didn’t know their instructors were unequipped to work with adults’ fear.

Swimming coaches didn’t anticipate a downside of their new curriculum. No one realized that there were now two definitions of “learn to swim.” It had been “I’m safe in deep water.” Suddenly it became, “I can do freestyle.” Thus we have, “She can swim but she can’t swim!”

It’s taken a few decades of living with the fallout of all of this to deduce that in the 1990s or so, many or most swimming lessons stopped teaching safety and stopped requiring safety to “pass the swim test.” Instead, they required mechanical skills. The ability to rest and be peaceful in deep water was not tested.

I dare say that in an alarming number of people, it was also not learned.

What is the fallout?

Every citizen needs to know how to be comfortable and safe in water, shallow and deep: to swim. They need all the ideas, explanations, skills, and steps that are essential to learning comfort and safety. When they’ve embodied them—when they can swim—they can go on to learn strokes without struggle.

Strokes provide swimming efficiency. Sure, students may want to be efficient. But new learners aren’t efficient at first. They’re inefficient because first they have to establish their safety. Safety first, efficiency later (if desired). It turns out that it’s not movement in deep water that makes you safe: it’s the ability to remain still inside: to be calm doing nothing because the water holds you up. If it doesn’t, as for a small percentage of people, you can still be perfectly calm. One day, this will be the goal of all beginning swimming courses. After twenty years of that, our drowning rate will plummet and there will once again be an abundance of lifeguards.

—From the Preface of Conquer Your Fear of Water: A Revolutionary Way to Learn to Swim Without Ever Feeling Afraid by Melon Dash, 2022